E.G. Stassinopoulos joined NASA's Goddard Space Flight Center (GSFC) in Greenbelt, MD, in 1961, after graduate studies in Mathematics and Physics at The American University and The Catholic University in Washington, DC..  As the Head of Goddard's Radiation Physics Office, he worked on application-oriented research in magnetospheric physics, geomagnetism, solar-terrestrial relationships, natural and man-made radiation exposure, radiation effects on biological and electronic systems and components, and radiation environment modeling. His major research activities included orbital flux integration studies; radiation environment assessment for flight projects and evaluation of impact on flight missions; 3-D radiation transport and shielding studies; modeling of physical processes in the Earth's magnetosphere; large-scale flight and ground data analysis and correlation; planning, design, and development of modern, automated irradiation test facilities; dosimetry research and evaluation; design and development of radiation monitoring equipment and instruments; miniaturization of radiation spectrometers; and global mapping of atmospheric cosmic rays and their progeny.  Stassinopoulos was the principal investigator in 23 original research projects for NASA and he is the author or co-author of 146 papers and articles in peer-reviewed scientific, technical, and engineering journals and books; 31 special official NASA publications; and 154 NASA Technical Study, Research, and Analysis Publications in the field of space radiation. He was a co-founder of the Radiation Effects on Components and Systems (RADECS) organization in 1989 at the University of Montpellier 2, France. He served as the Chair of a NASA Headquarters-established "Charged Particle Radiation Panel" for the development of a NASA Engineering Standards for STS missions and as Chair of the US Government Consortium (NASA-NSA-NRL-USASDC) for the design and implementation of a fully automated "Irradiation Test and Research Facility" at the Department of Energy's Brookhaven National Laboratory.  Stassinopoulos micro-miniaturized two prototype space-qualified and pedigreed radiation monitors/dosimeters/spectrometers into a single pill-box sized hybrid instrument, a Pulse Height Analyzer (PHA) called the Miniature High-LET Radiation Spectrometer, weighing less than 90 grams, and was awarded a US Patent (No. 7465926 B2) on December 16, 2008 for his "Device system and method for a miniaturized radiation spectrometer." The instrument has been used for flight measurements on commercial jets, the Concorde, and the STS-95 Host Mission. Stassinopoulos' PHA instrument is on the NASA DSCOVR satellite which was launched on February 11, 2015.  After 45 years of service to NASA, Stassinopoulos retired to Emeritus status and continues to study and analyze space radiation data from the PHA. At 95 years of age, he authored a NASA Technical Publication (STI#25740 TN28435-Stass-2015) with fellow NASA scientists MA Xapsos and CA Stauffer, "Forty-Year 'Drift' and Change of the South Atlantic Anomaly (SAA)", making him one of the oldest publishing research scientists and authors in NASA's history.

During his career, Stassinopoulos has received numerous awards, including the IEEE Radiation Effects Award (2000);[2] the APOLLO-XI Achievement Award; a Faculte des Sciences medal from the Academie de Montpellier, France; the NASA Exceptional Service Medal in 1992, and the GSFC "Award of Merit" in 1999. He received the AHEPA Aristotle Award in 2004.  In 2017, at the age of 96, Stassinopoulos was awarded the Yuri Gagarin Award for the "Great Long-Term Individual Contribution to the Development of International Cooperation and Partnership Relations in the Space Industry by the RADECS Association.  In Summer 2019, Stassinopoulos, an instrumental contributor, celebrated the 50th anniversary of the Apollo 11 Space Mission to the Moon. 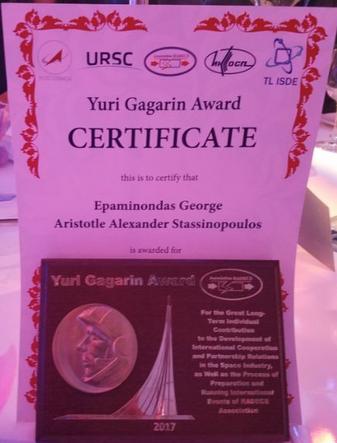 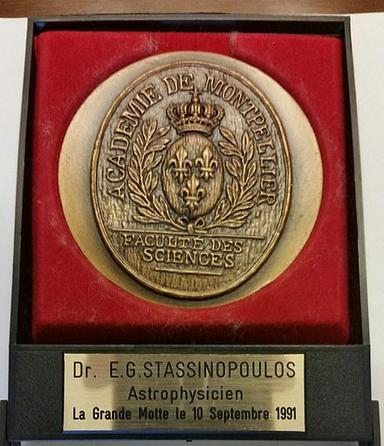 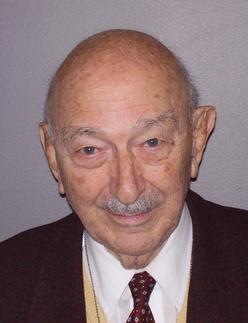 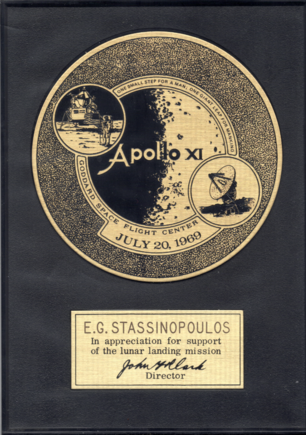